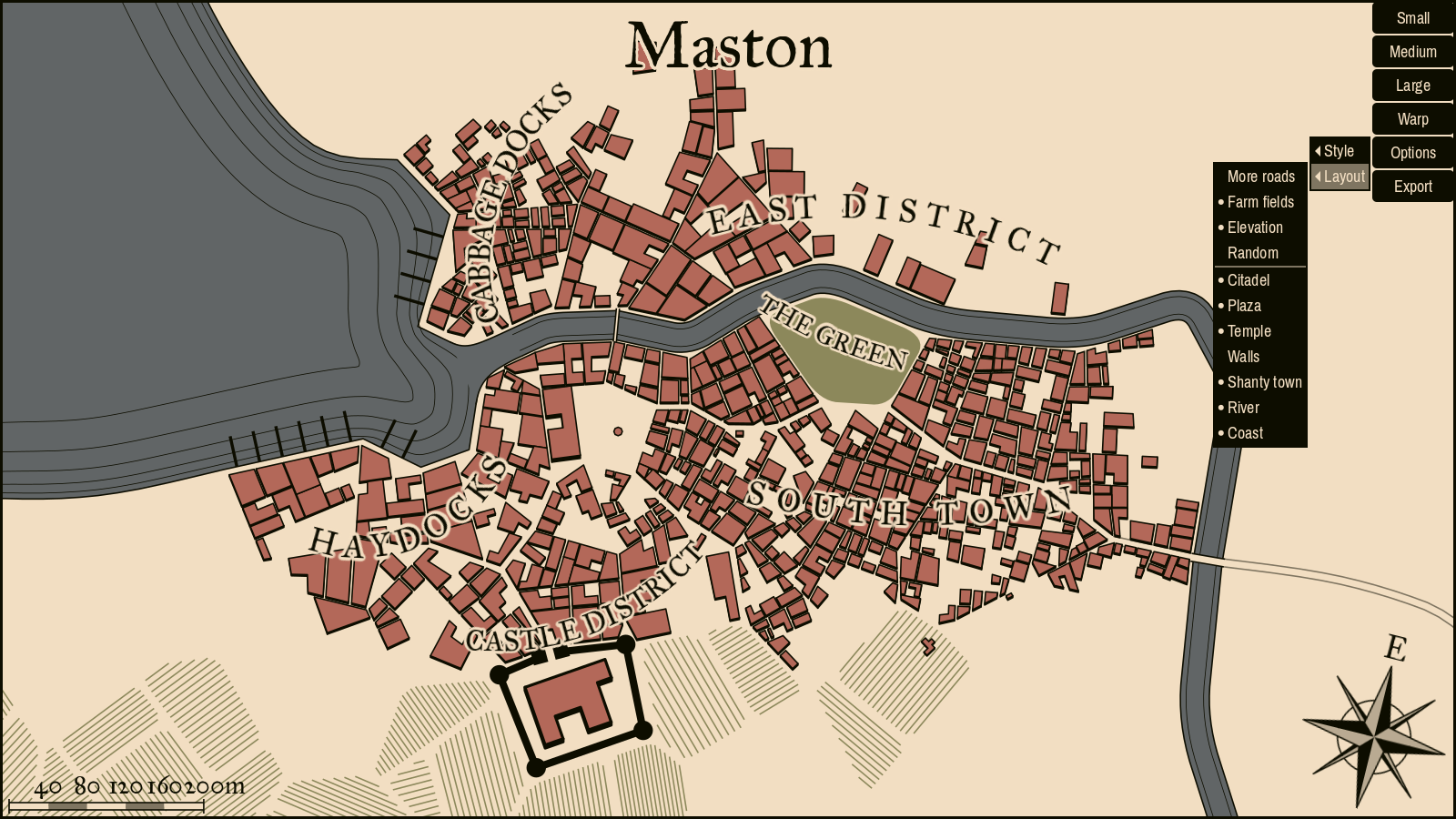 This update is about making the generator look better. The changelog is quite long, so here I am going to list only the most important changes.

Palettes are extended from 4 colours to 7: background, light, medium, dark, roof, waterand green. Old custom palettes should work as before.

This should make the whole UI more readable and compact. It also fixes the issue with characters outside of the Basic Latin range. 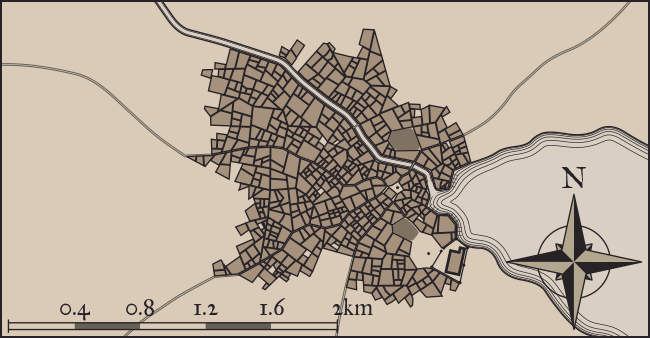 There are now 2 scale bar designs, which can be switched between by shift+clicking the bar. The scale bar switches to miles or kilometers when a city is large enough.

The generator now chooses a "window" for a city more correctly. It is more visible on exported images, especially when there are large sprawls along roads or a river.

Buildings can be drawn in a kind of very simple fake 3D style. It is a purely cosmetic feature for those who tired of the utterly flat default view.

This option now affects not only a map itself, but also... overlays(?) - the scale bar, the compass rose, the legend etc. Also the thickness of lines doesn't depend on a map scale, so you may want to choose "thin lines" for large cities.

Better integration with Azgaar's Fantasy Map Generator, improved buildings generation, Warp mode is optimized (and uglified), the legend is no longer movable, but looks a bit nicer, new font for labels, an option to filter out triangular buildings is added, water is drawn slightly differently, more than one park can be spawned in a city, they are drawn differently and can be marked as separate districts, exported SVG files are now smaller...

The plan is still the same as I described in the post on Patreon☕: in the next update (0.8.0) I'll try to implement "curved streets". This will need very serious changes in the current model and algorithms, so there is a non-zero chance of failure. But I think it's worth it, so let's hope for the best :)

This is simply amazing work! Any chance of integrating the Mansion Generator into the City Generator? Would be amazing to generate the detailed mansions and houses :)

Thank you! Procgen Mansion was initially created more or less for this purpose, but I don't think actual integration will happen anytime soon...

Today the app stop working.  Anyone has same experience?

Same for me, it doesn't work on Google Chrome but it works with Microsoft Edge. I haven't tried Firefox or IE.

Brilliant. It's looking amazing. Thanks!

Been a fan for a while - keep up the amazing work and improvements. Love it!

This an outstanding work.