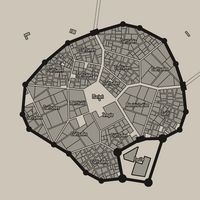 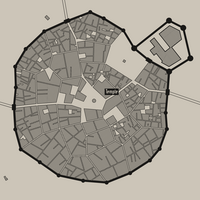 I keep working on adding water bodies and shantytowns or rather an infrastructure for them. Meanwhile here is an update with some small features and bug fixes:

I've spent some time adding permalinks to generated maps only to realize later that they would't work here on  itch.io (because the generator itself is loaded into an iframe and can't access the address bar). I need to check maybe they have api for this kind of stuff.

Also I consider implementing an alternative mode to hide individual buildings like on the second screenshot. For those of you who are annoyed by triangular houses :)