You can now save a map as a hi-res PNG file. In most cases its resolution will be higher than you can get by taking a screenshot unless you are using one of those 4k/5k monitors. The exporter supports all the visual options including hatching, block view etc. 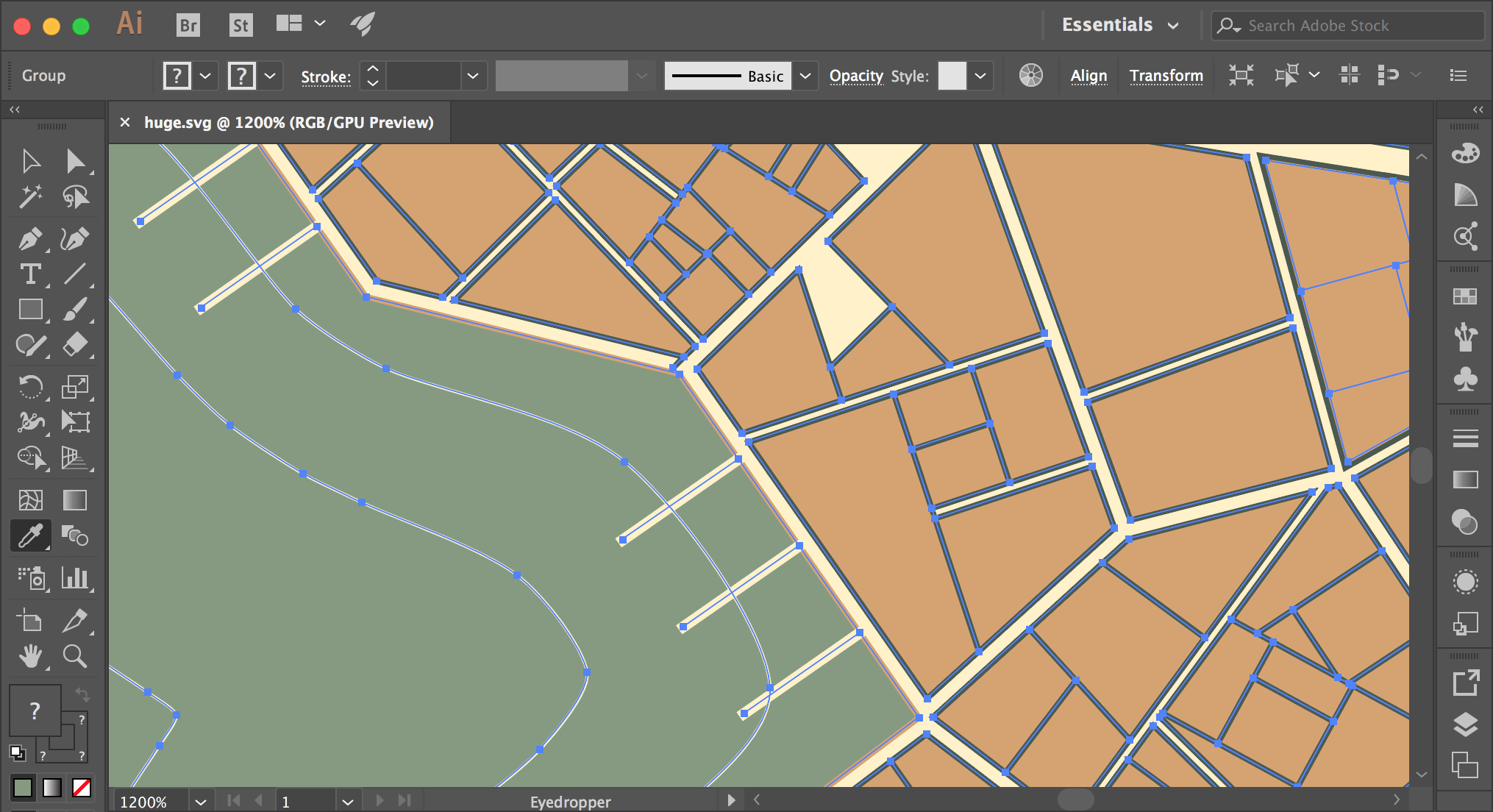 You can now save a map as an SVG file, which may be useful if you intend to edit or print it. If you open an exported file in a browser, most likely the map will be displayed quite small - don't worry, it retains all the details.

The generator used to use separate independent sets of density parameters (minimum building size, size variance etc) for each ward. It was meant to create a visible difference between wards and it kind of worked, but also it created unrealistic situations like when there were completely different alleys patterns on opposite  sides of the same street. Now you can enable the "continuous" option (disabled by default) to make these changes in density less abrupt. Does it make sense? Ok, just try to switch it on and off and you'll see :)

Generating nice and/or realistic castles is beyond the scope of this generator, but nevertheless I want to produces less silly castle shapes. As a step in this direction castles are now strictly rectangular. It doesn't mean that they are always rectangles (although it happens sometimes), but they do consist of rectangles. I tried the same thing with temples, but it didn't work quite as well (for different reasons), so I force them to be rectangular only half the time. 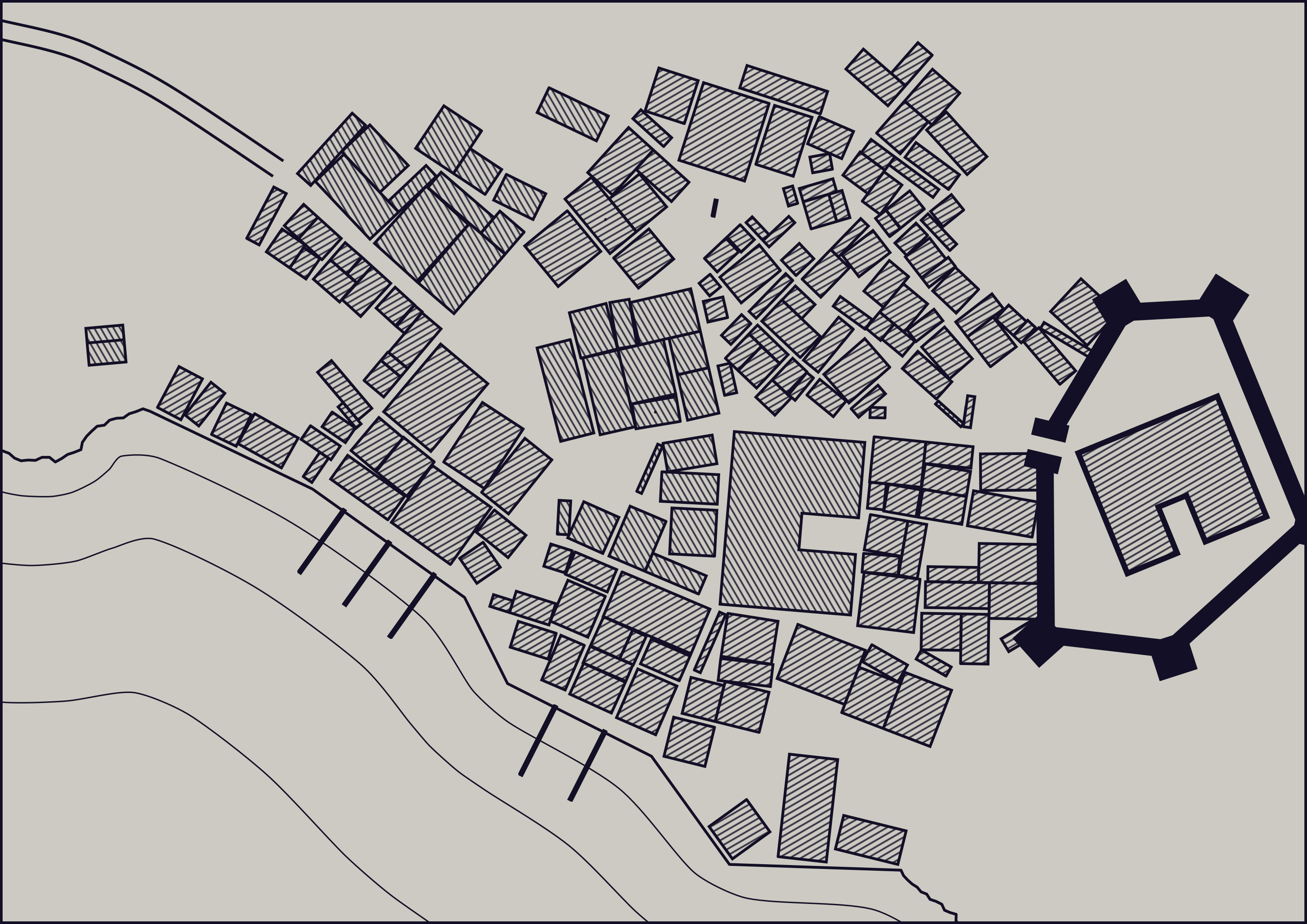 Also using the same approach I tried to replace current freeform patches with rectangular houses (see the image above). The function, which finds the largest rectangle inside a polygon, doesn't work entirely correctly and it's more obvious with houses than with the castle. This is not the only problem, but still I think there is a prospect in this direction of development

Other improvements and fixes

Also I tried a thing, which I've wanted to try for a long time: 3D view. Here is a link to the video with a fly-through around a coastal city: link. As you may notice the level of detail is... quite low: no textures, no shadows, solid colours skybox, but I like it anyway :). I've also implemented a "walking simulator" to see how it looks from inside - it looks even rougher, than from above, but it lets me check sizes and proportions (this way I decided to make quays wider).

The 3D view won't be released anytime soon, if ever. Actually, I don't even know if anybody needs it. Just wanted to share it :)

Oh this is really great. Also I'd like to encourage you to keep working on the 3D view. It would be amazing! <3

The 3D gound view seems like it would be cool for making a bunch of drawing of a town and easily know what bulidings are in the back ground, where the roads are.

If you added enough detail to the town and buildings it would be fun to just get lost in a large city.

Ha ha!  The full VR experience IS coming along nicely.   :)  Hehe.  I am so excited for the full 3D photorealistic VR version promised to come out before 2018.  Good work.  (Cheeky lolz).

I'm considering porting it to UE4 so who knows :P

Hey! Created an account to say how much I enjoy this software, and that it is very versatile and the best of its kind.

I have a huge amount of interest in the 3d model export.  I oftentimes find myself in a situation where I would want to draw a city in a bird's eye view.  The images of a city in 3d would be an excellent way to make sure all of the perspective lines were solid, whether you had all the buildings that were supposed to be in the shot, etc.

I feel like I would use the images a lot as base layers in an application like Photoshop, where I can draw the perspective I want to draw with an easy guide.

Thank you! I will keep this use case in mind.

I love the export feature and everything you have done with this app. It is by far the best of its kind. Just so you know, when it's exported it seems to be clipping parts of the outer edges. This can be troublesome, especially for small towns.

Thanks, it will be fixed tomorrow.