The second figure of the version number has increased again (from 6 to 7) and this means I consider this update as a major one. The reason is not a new "districts" feature, but serious inner changes in the generator. As before, these changes are not visible. Well, at least I hope they are not visible. In case you are interested in technical details I've migrated the whole project to "double connected edge lists". 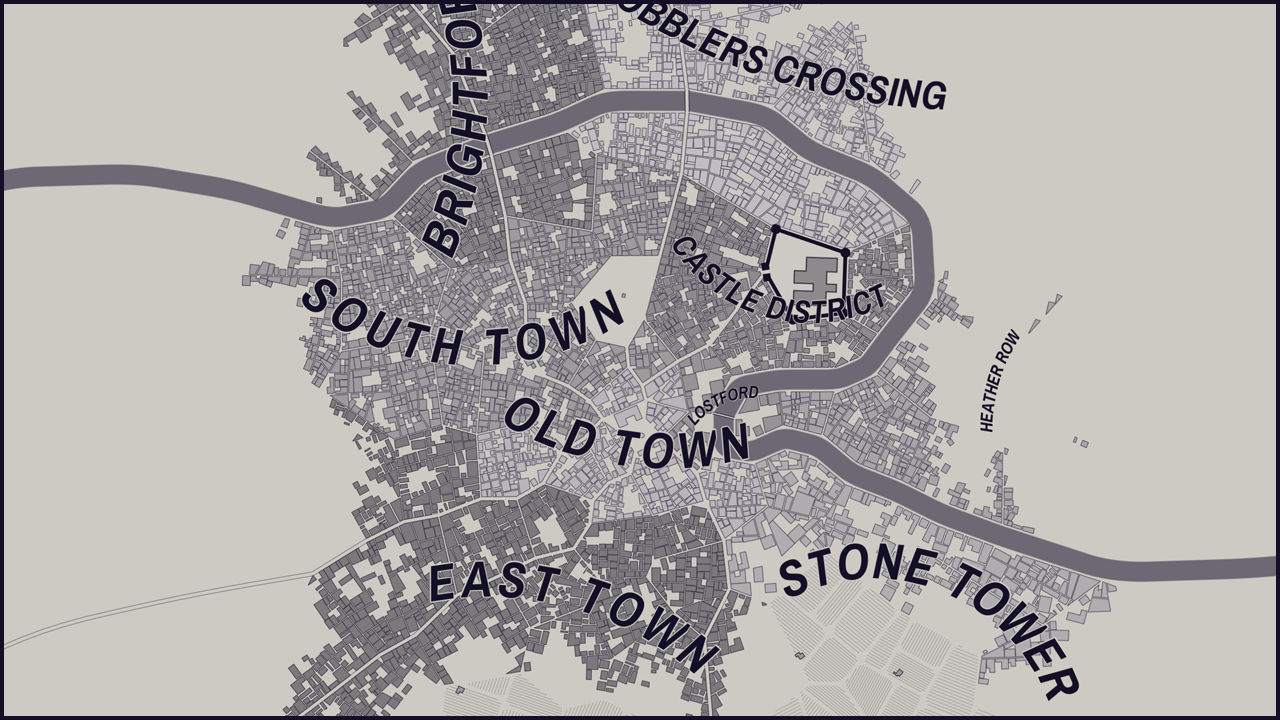 New "districts" replace old "neighborhoods". What is the difference? 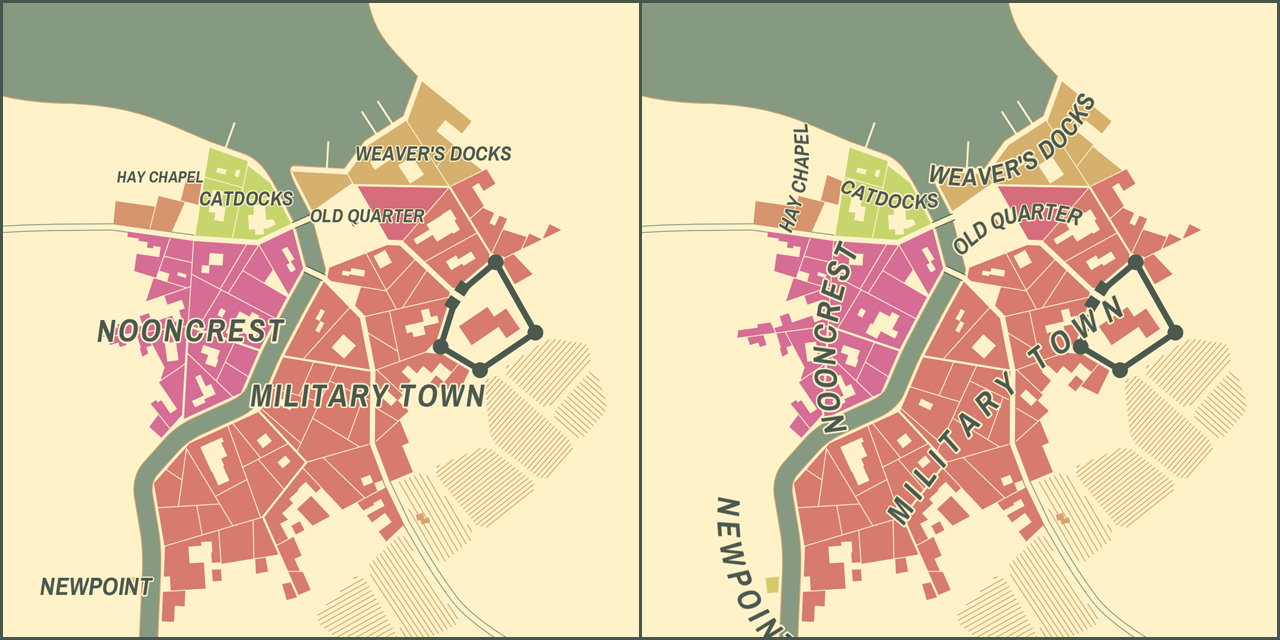 It requires too much typing to describe how these new labels are different from old labels, so please just try them out or look at the image.  They are not perfect of course, especially curved ones. I'm not even sure they can be perfect and anyway it's a huge topic. I guess the current labels are good enough for the first iteration considering the fact that all the techniques are invented from scratch. Most likely I'll try to improve them with some existing algorithms created by smarter people than me :)

Legend can now be exported to SVG. Not sure if many people use it, but in my opinion with new district names "legend" became a more interesting option. Also all text (district labels, city name, scale bar) is now exported using the same font(s) as displayed inside the generator.

Supporting  SVG is a real pain for me because all the "drawing" needs to be implemented two times - as "screen drawing" and "svg drawing". I consider dropping the support of niceties in SVG i.e. palettes, labels, isolines etc and leave just raw shapes. Please let me know if you think it's a bad idea.

There are some, but I've lost my change log🤦 Here is a couple of items I remember: "tight" option for buildings and improved "elevation".

I have a Patreon now!🎉🎉🎉 Please consider supporting the generator there or just following me for more stuff. If more stuff is what you need :)

Do the opposite - if you can export to SVG, then things such as editing names is easy in an SVG editor and doesn't have to be in this one.

On the other hand, I'd wish for more control over size than just "small, medium, large" buttons. I have size data for my towns and would want a slider for population size or building number.

For finer control over city size you can try non-itch version of the generator like this:

This will generate a city consisting of 25 wards. This "25" is not exactly population size, not building number, but it's a little more accurate than small/medium/large.

If we can edit ward names and legends in browser I will give up SVG. It's all I use it for

Awesome work!  Keep SVG please - I use it on occasion when I have edited maps in Illustrator. But as always, we defer to your work :-)

Wonderful work, and many thanks! I know implementing SVGs must be a chore, but I’m personally very grateful for them!

This is more and more amazing as you iterate. I actually use it extensively for worldbuilding in my 5e campaign, and getting (eventually editable) district names is definitely something to look forward to! I continue to be super impressed by what this thing can do.

Awesome!  Thanks for the SVG additions!

Fantastic, you're amazing, keep it up

Sounds great, thank you for ever improving. It's a great tool and a fun way to waste some time :)

About SVG I just wanted to ask: Why not go all SVG and display it directly as is in the Browser? You could focus on one drawing routine and utilize everything SVG has to offer, no?

That was my thinking as well, when it comes to using SVG.

It's complicated. This generator is written in Haxe using OpenFL framework. I don't have direct access to containing HTML, I can't just add SVG to a page to display it. It's doable of course, but it's not as easy as it would be with plain JS. I'm not sure it is possible to combine OpenFL and this "pure SVG" approach, so I'll have to rewrite a lot of stuff not related directly to mapping e.g. UI.

But it's not the main problem though. The main problem is that with the browser as a visualizer I won't be able to reuse the code for the desktop version of the generator. The native desktop application won't have a browser inside of it, won't have a reliable way to display SVG. OK, this is doable too, but I don't want to delve this deep - district names generation is more fun :)